Jay de la Cueva was born on January 5 in Mexico City. He began his musical career at an early age under the guidance of his father Javier de la Cueva, a precursor of rock in Mexico and member of the legendary groups Los Black Jeans and Los Hooligans.

Multinstrumentalist, singer, producer and composer, nominated for a Latin Grammy for Moderatto's album "Malditos Pecadores", in the category of Best Pop-Rock Album 2015; he has also achieved several nominations for MTV VMA, Billboard, Lo Nuestro, Premios Juventud, among others. Jay de la Cueva has played an important role in the development of the Mexican music industry. He is considered one of the most prolific musicians and the frontman with the most presence and strength in Mexico, due to his empathy with the public in his presentations.

Jay de la Cueva began his career at the age of 6 years old playing drums as Baby Rock with his father and prominent Mexican rock musicians. At the age of 9 he was invited to be part of the group Microchips playing bass, at that stage he learned to play other instruments and obtained a discipline that has led him to achieve success. At the age of 14 he joined Las Víctimas del Doctor Cerebro as a guest musician on drums. In 1995, together with Micky Huidobro and Tito Fuentes, he founded one of the most influential bands in the history of Mexican rock: Molotov, where he stamped a very special stamp on the bass and collaborated in the composition of the hits of the band's first album "Donde Jugaran Las Niñas". In 1997 he joined as drummer of one of the most important bands in the country: Fobia, a group with which he has been playing since that year with some pauses in between. He co-produced the album "Rosa Venus". In 2020 he recorded Fobia's MTV Unplugged. He has also been part of: Los Odio, which is a rock band from Mexico City formed by musicians who had already been important in the Mexican music scene. The band was mainly integrated by Francisco Huidobro from the band Fobia (banda), Jay de la Cueva from Moderatto, Tito Fuentes from Molotov, Enrique Rangel Arroyo from Café Tacvba and Tomás Pérez, former drummer of La Lupita. 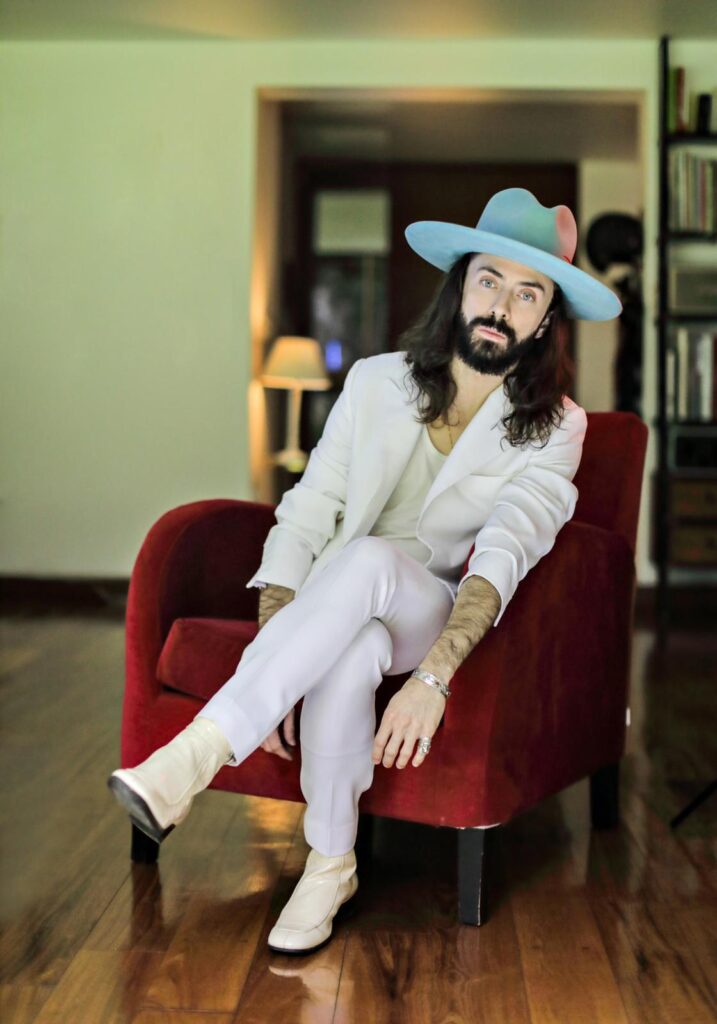 Since 1999 until today he is still a member of the legendary band Titán, with which he has toured most of the European and American continents. From 2001 to date, under his alter ego of "Bryan Amadeus", he has been the founding leader and main guitarist of the group Moderatto, with which he has reaped his greatest successes; multi-platinum sales, extensive tours throughout Mexico, Latin America, the United States, Spain, France and Japan.

In addition to his career as a musician, he has been an active collaborator in the success of groups such as Sin Bandera, Motel, as well as producer of artists such as Alejandra Guzman and developing musicians such as: Azafata from Buenos Aires, The Mills from Colombia, Sofi Mayen, Rebel Cats, in Mexico. He has collaborated with artists such as: Chetes, Zurdok, Jesse y Joy, Pato Machete, Adán Jodorowsky, Belanova, Ángeles Azules, Ximena Sariñana, Leonel Gracía, Coti Sorokin, Miranda, Amigos Invisibles and the Grammy Award winning American country music band, Midland, among others. 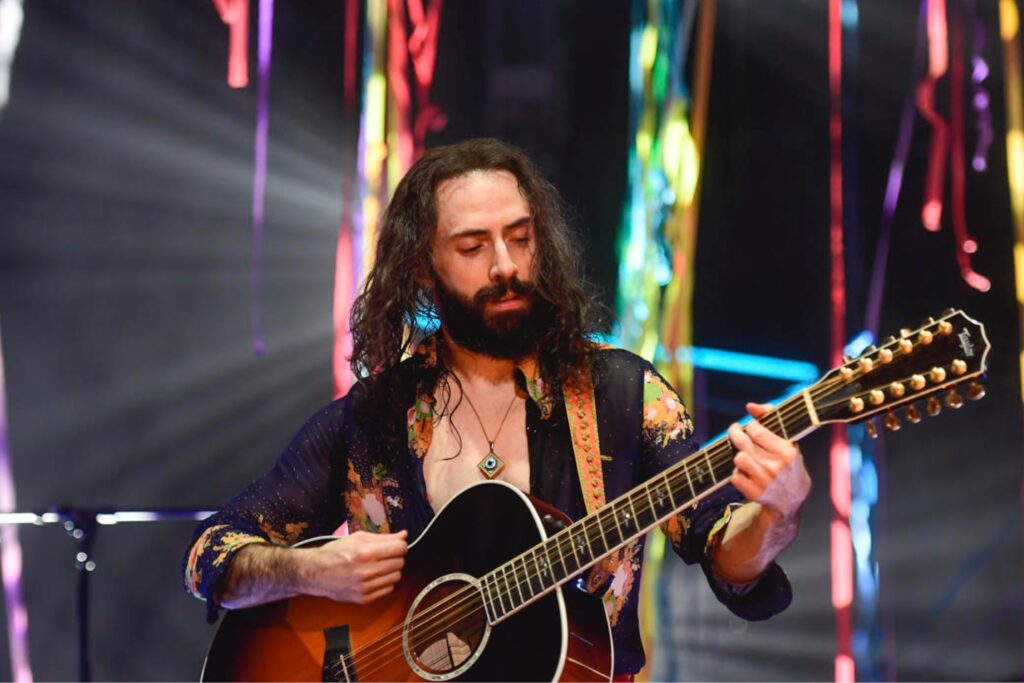 He is invited to collaborate with other musicians thanks to his versatility and talent, an example of this is his participation in the band Mexrrisey that took him to tour throughout the UK, Australia, New Zealand, Finland and Argentina.

After a period of more than six months of composing with friends in America and Europe, Jay de la Cueva is currently putting the finishing touches on his first solo album, recording in different locations around the world including Paris, US and Argentina, as well as simultaneously co-producing Moderatto's new material with Ettore Grenci.

Jay's creative restlessness has led him to dabble in both Mexican and international cinema, either with soundtracks in several films such as: Atlético San Pancho (2001), Los Campeones de la Lucha Libre (2008), Paradas Continuas (2009), Cars 2 (2011), Besos de Azúcar (2016), among others. His versatility has also led him to dabble in the dubbing of films such as: Baltazhar Bratt in the Universal Studios movie- My Favorite Villain 3.(2017) (Despicable Me 3), Disney's "Otis" Cars 2 (2011) and in the Mexican movie El Camino de Xico (2020) he gave life to "Mister Wang"; likewise he had an important collaboration with NatGeo and Disney+ where he did the narration of the first season of "Sobrevolando" (2020) program that shows us the most incredible places in Latin America.

Thanks to his talent he has managed like few others to play in several projects developing different instruments and roles in each band. He is currently touring with Moderatto, Fobia, Titan and Mexrrisey thanks to which he has taken his music to Europe, Asia, United States, Great Britain, Latin America, Australia, New Zealand and all of Mexico!

Jay de la Cueva can be proud to be one of the few Mexican musicians whose projects have filled venues such as the Palacio de los Deportes, Auditorio Nacional, Auditorio Pabellón M and Auditorio Banamex in Monterrey during 2019!

His talent has led him to be part of different musical projects such as:

Nominated for a Latin Grammy 2015 in the category ofbest pop/rock album for Moderatto“Malditos Pecadores".

Winner of the Luna del Auditorio Nacional as revelation group with Moderato.

Winner of the Musa Premios Oye for song of the year with Moderatto.

Recognition of the SACM Award for the success of "Ya lo Veía Venir". 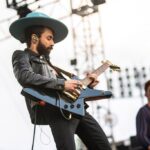 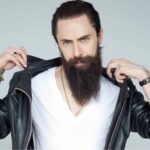 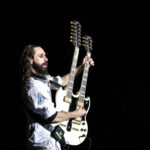 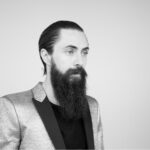 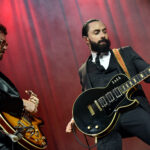 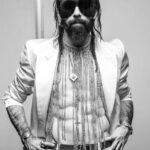 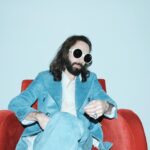 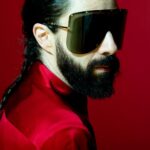